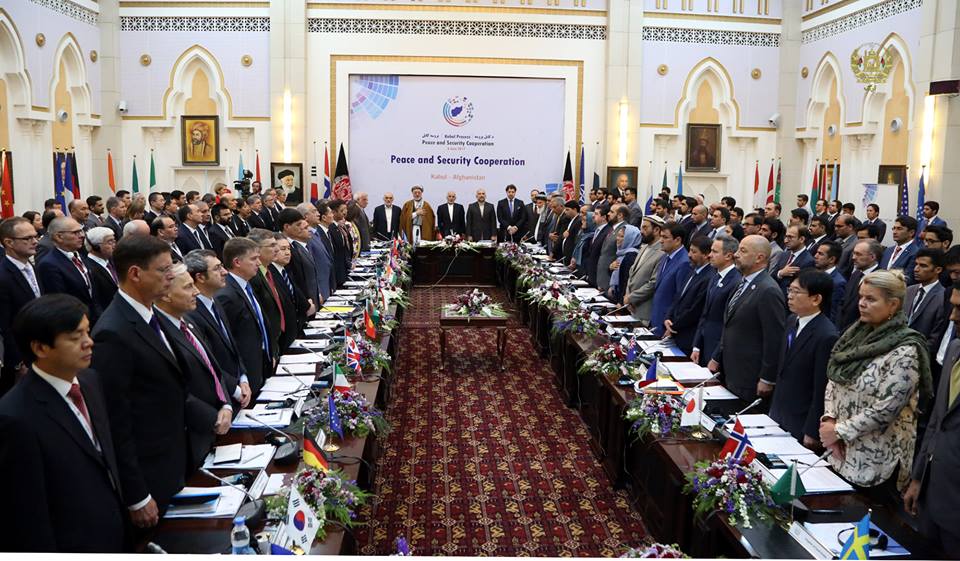 The second meeting of Kabul Process is to be held on 28 February 2018 in Kabul with the participation of the representatives of dozens of countries of the region, world, and international organizations.

This process is being manages with the initiative and leadership of the Afghan government, something that differs this process from its preceding processes. Its first meeting was held eight month ago with the participation of the representatives of 23 countries and several international organizations.

After the Taliban’s bloody attacks in Kabul, first the US and then the Afghan government boycotted the peace process and after those attacks the Afghan President has repeatedly spoken of vengeance. On the other hand, the airstrikes of the Afghan and foreign forces against the Taliban has also escalated.

Given the current circumstances, what will the upcoming meeting of Kabul Process focus upon? How much the commitments made in its first meeting are fulfilled? These are the questions that are analyzed here.

The objectives of Kabul Process

After the formation of the National Unity Government (NUG), maintaining peace was one of the most important elements of the Afghan foreign policy and since ever the beginning the NUG tried to achieve peace through its foreign policy. When the government’s efforts in this regard did not produce tangible outcomes, the Afghan government started Kabul process which mostly pursues the following objectives:

Although in the past one and half decades, many conferences were held regarding the peace in Afghanistan, a particular aspects of the Kabul Process is that it is started led and managed by Afghans. Starting this process, Afghanistan wanted to convince the countries in the region of the joint threat of insecurity in Afghanistan and thus attract their military cooperation.

The first meeting of Kabul Process

We can summarize some of the outcomes of the previous Kabul process in the following points:

First; for a last time in this conference, President Ghani called on the Taliban to join the peace process. He said: “We give an opportunity to peace; however, it must be clear that this opportunity does not last forever.” Since the Taliban believe that the Afghan government do not have any authority and that the main party of the negotiations is the US, not only did not accept the Afghan government’s strategy for peace but also emphasized on their military approach.

Second; in this meeting the Afghanistan opposed the efforts of some countries regarding the Afghan peace process and said that the objective of such efforts were unclear. Partly, this opposition was against the trilateral meeting between China, Russia, and Pakistan about the Afghan issue without the presence of the representative of Afghanistan. However, these efforts not only have not stop, it is increasing on daily basis and Afghanistan is slowly moving towards changing into the battlefield for the proxy wars of the super powers of the world. That is why in their recent letter addressing the Americans, the Taliban have talked about this issue and have added that some countries were trying to establish relations with this group.

Third; in this meeting, the Afghan government also tries to resolve the issue with Pakistan. “Our first priority is to find a way for negotiations with Pakistan. Although we offered friendship to Pakistan, we were rejected. We undertook the bilateral, trilateral, quadrilateral and even multilateral negotiations but did not reach a desiring outcome. Even if we still wanted to trust Pakistan, we do not know Pakistan’s demands clearly.” President Ghani said in the meeting. Hence, President Ghani tried to convince the participators of the meeting of Pakistan’s lack of cooperation and put Pakistan under more pressure. Nevertheless, Afghanistan has been successful in these efforts, as currently Pakistan is under unprecedented pressures on behalf of the countries in the region and the world.

As in the past several months, Pakistan is under tremendous regional and international pressures, the Afghan government will use the second meeting for increasing the pressures as well. Besides that, in the next meeting of Kabul Process, talks regarding negotiations seems unlikely and the main agenda of this meeting will be to attract support from the policy of military pressures on the Taliban.

Overall, disappointments regarding the peace process in the country is increasingly on a daily basis because after the announcement of the New US Strategy towards Afghanistan and South Asia, the war in the country has increased. In the past one and half decade, such a strategy has not produced any tangible outcome and the US could not defeat the Taliban and end the war in Afghanistan.

One of the reasons why the Taliban do not joint the peace process with the Afghan Government is that the Afghan Government does not have a specific mechanism for peace yet. Sometimes, the Afghan Government tries to achieve peace through foreign policy and particularly through Pakistan and sometimes, this government tries to bring the Taliban to the negotiation table through war and fighting this group, strategies that the past have proved them worthless. On the other hand, as long as the strategy of suppression and using the term “peace” in the sense of the Taliban’s surrender is not altered to a real peace strategy, there will be no hope for the success of the peace process in the country. In addition, with the comprehension of the fact, by the Taliban, that the victims of the war are Afghans, as long as the Taliban do not accept the Afghan government as a reality and do not enter the peace talks with this government, peace in the country will not be possible. If the foreigners wanted peace in the country, it would have been maintained years ago.